Planning on Having Kids 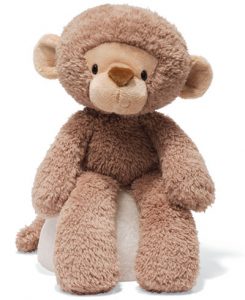 You’ve heard people say that they’re “planning on having kids”, right? Generally what they’re referring to is that they’ve made a decision to forgo birth control methods or they’ve perhaps saved up some money to be able to afford the expenses of a child.  But when a control freak says that, it’s likely a lot more intense than just that.

Those plans might also include making sure they’re at the absolute “perfect” place in their life for children, that they’ve visualized caring for a little version of themselves, or that they’ve already determined what colors they’re going to paint the nursery and have picked out the theme for their child’s first birthday. There’s a lot of reading and researching that’s involved in determining if or when they’re “planning on having kids”. That was me. I’m a control freak.

These things I planned out WERE NOT important to having children.

Pregnancy is an amazing, amazing transformation of your own body into that of two. It’s a beautiful thing. For me, it was fairly enjoyable…or at least how the “love hormones” are helping me to remember it now. I do very clearly remember that my anxiety disappeared during my pregnancy, which seems pretty wild considering how many changes my old and ancient body was experiencing. And the many additional tests and hoops I needed to handle as I was “of advanced maternal age“, a fancy way for saying I’d be over 35 years old when my baby was born.

We took several classes as a couple, including Infant CPR and a breastfeeding class, and I made it my new job to read ALL THE THINGS about everything baby. As an absolute control freak, I wanted to be ready for anything that might happen. Hah! The one thing that I wasn’t prepared for? Babies cannot be controlled….at all…not even in the least bit. And that was a smack in the face, right from the get-go.

…And Then All My Plans Went Out the Window

Once I’d given birth to my sweet Samantha Grace, I was mesmerized (and a bit loopy as I’d lost enough blood that they needed to do a transplant) but I was also entirely unsure of myself. We tried breastfeeding and though I was doing things totally by the book – using all of my knowledge from both the class we’d taken, the info online and the lactation ladies that came in and tried to help – Samantha just wasn’t getting it. Her patience level was nil and she just wanted food like she’d been getting. She would give me just a few precious moments to try to get milk and then she was done. It was painful beyond belief for me and clearly frustrating for her.

But I was determined to do things the “right” way – via my plan – and not go down the road of formula, which I’d heard was nearly impossible to deviate from once you’d started it. Eventually, which ended up being about 48 hours after her birth, the nurses wore me down and convinced me to give her a little formula. So finally Samantha got some food in her belly and Mommy & Daddy got a teeny bit of sleep. Those nights in the hospital were very harrowing and made me start to question just what I’d gotten myself into. I realized, right then and there, I would never, ever have control of my life again. And that is a very, very, very scary thing for a control freak to realize. That very concept is exactly what I needed to grasp – I just wasn’t quite ready to at the time.

Starting To Live Without a Plan

Getting home finally was wonderful. Samantha and I finally found our groove with nursing, mainly thanks to my husband and parents sneaking her formula so that she would be less “hangry” (a term that refers to angriness that is derived from being hungry) and more willing to try longer at latching. Looking back on this, they were amazing. They maintained the illusion that I was still in control but placed Samantha’s well being above my “plan”.  I am so very grateful for the way they handled that situation.

In the next several months, I learned how to be a Mommy to a baby. I felt like I was finally starting to get it. And of course, with motherhood, as soon as you start to figure it all out, it changes. Boy did it! And I felt as though I was losing more and more of myself – control, identity, confidence – as each day passed. But ultimately, losing those parts of myself was exactly what needed to happen in order for me to really discover who I was.

There is yet the worst to come – my multiple battles with Post Partum Anxiety. But I’ll leave you with this quote: 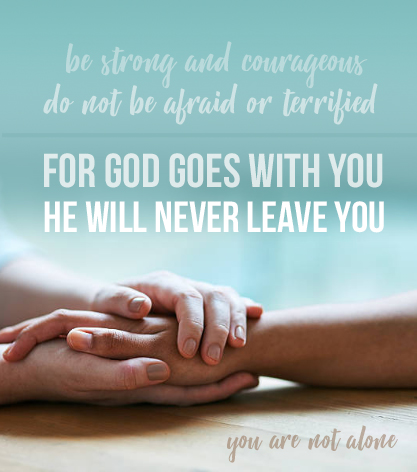